Ever wonder who it is who plans these charity events? Well, we can't speak for other events, but here are the crazy pirates involved in this one!! 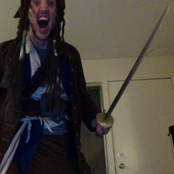 Cole has always been enthusiastic about new adventures, especially those with swords and ships. After graduating from the Business Administration Program at Algonquin Cole wanted a new adventure, so he barged into the event management program where he was quickly kidnapped into a group of rogues and scoundrels who called themselves pirates. At first Cole had no idea what he was getting into, then after a brief stint in the stocks, where he nearly met the gallows, he was given a chance to join the crew. Now Cole spends his time as a lazy cabin boy who hides from the captain and crew when they are angry.  He hopes one day to find his own treasure, but who are we kidding, once its found its going to be spent on rum and will be gone in a week. He also enjoys long walks on the plank and the fresh smell of seaweed.

Bev spent this past summer working with a bunch of pirates, so she knows what to expect at this event: lots of laughter and fun (if you’re not having fun then you’re doing it wrong).  She graduated from Carleton University in 2012 for French Literature (ou bien, littérature française), and is now an event management student at Algonquin College (any other bios who have “event management” and /or “Algonquin College” have clearly stolen it from her…).  Bev’s goal in life is to be Queen (hopefully of the world), a firefighter, and/or an event manager – whichever is easiest. Also, Neptune. 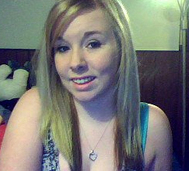 Ceilidh has always had an interest in pirates, so much so that she went to Fanshawe College in London, Ontario and studied Travel & Tourism. The program was a lot less pirate-y than expected, especially after realizing that being a Pirate was not a full-time profession. Regardless, she sailed through and graduated in June 2012. She is currently anchored at Algonquin College and is now part of the Event Management crew! She is also assisting the Catering & Conventions Coordinator at the Westin Ottawa. Ceilidh’s ultimate goal is to be the Captain of a great ship…or to work for the International Olympic Committee or Hockey Canada. 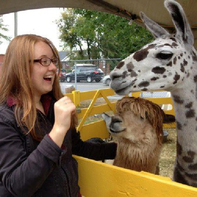 When she was just a wee lass, she told her first grade teacher that she wanted to be a pirate when she grew up. Little did she know that that would actually happen. Courtney graduated from Culinary Management at Algonquin College in 2012, and then decided to pursue Event Management.  When she’s not pillaging and plundering on the high seas, you can find her playing hockey and petting llamas. 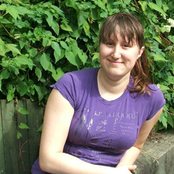 After studying old artifacts in the Applied Museum Studies program at Algonquin, Renée decided to join the Event Management program at Algonquin College, to see if she could find any fellow pirates.  Luckily for her, the class had a whole group of them!  Renée is now one of the friendliest of the pirates, and is looking forward to planning this event. She also enjoys petting her naked cat, Kalel, who keeps her warm…somewhat. (Needs more fur) 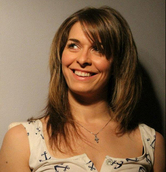 Growing up in the slums of Old Montreal, Slashin’Leggo, also known as Aimee Legault, was always after a good adventure. As a child, she would set sails on the muddy banks in search of her treasure. While under her given name, her quest was to be a professional soccer player. She achieved the ranks of semi-pro after receiving a full scholarship in the USA, where she battled her way to a degree in Marketing and Management. Further along her voyage, she discovered a new encounter that would challenge her in ways she had never imagined, Australian Rules football. Not a known sport in North America, but being a worldwide traveller she embarked on the expedition and earned the title of Captain of the Canadian National Team. Combating in the World Cup in Australia in 2011, she led her team to a silver treasure as the gold was awarded to their worthy Irish opponent. Returning to her homeland, her journey has brought her to Algonquin College, where she teamed up with her new enthusiastic crew members to raise funds for sick children with life threatening illnesses. This crew’s quest is to make a child’s wish come true, we welcome you aboard this new adventure. 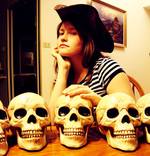 Alex has circumvented the world. She was born in jolly old Britain, but then crossed the oceans to find a new home in New Zealand. Bored with the nearby hobbits and their generally unadventurous ways, she then began an epic voyage which would take her to her current place of residence - Canada. She has been all over the world - as a pirate, that's kind of what you do - but for now has decided to settle in one pirate den, aimin' to raise loot for some young landlubbers who really need it.
Powered by